Another Day, Another Scumbag Family Murderer 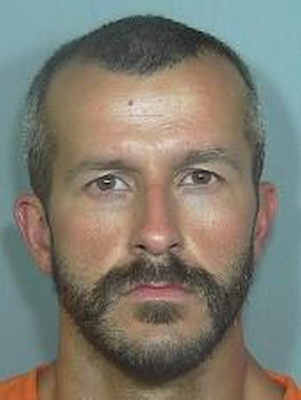 There are a few clues in this interview with him.

"I want her back so bad...I want those kids back so bad..."  with a smile on his face and that little breathy voice guys use to convince you they are sincere when they have no idea what sincerity sounds like.

"Every friend I have has called every friend Shanann has that maybe I didn't know about..."  Just a hint of control issue there...

"Bella WAS going to start kindergarten.."  At this point, they were missing, and he has no reason to put his daughter in the past tense.

When you watch, bear in mind that this is a man who thinks he is smarter than the police, and quite safe going on video for an interview about his family's disappearance.

She was pregnant and they had declared bankruptcy a couple of years ago.  They had also moved to Colorado from North Carolina, and spent holidays with friends...so they had no family nearby.   The bodies have been found on the grounds of his workplace.

He looks more slick in the interview than Josh Powell did, but Josh never did confess and this guy  confessed the next day.

I hope more of the story comes out in spite of his confession, as I'd like to know if any more of my favourite clues are there.

Here is a psychologist's take on the above interview.  He may not have confessed at the time of his arrest.

Here we go:  this article states she was planning to leave him, having spent 6 weeks with her family in North Carolina, and taken off on a business trip to Arizona two days after she got home.  He had said he had "an emotional conversation" with her after she got home from AZ in the wee hours of Sunday night/Monday morning.  "Emotional conversation" sounds like "fight" to me.  What do you think?  It didn't take her friend very long to report her missing, so I bet Shanann had confided in her that she had fears.

Also, all his talk that the house seemed like "a ghost town" is just silly, given that Shanann and the girls had been in NC for six weeks...how empty did it seem then?  Or did he have "company?"  Pure speculation on my part, but remember, I was the one who called the fact that Stephen Grant was boinking the au pair...

This article has a gem: Shanann Watts was concerned that her husband may have been unfaithful..."she said it came to mind that he possibly could have been cheating," is the quote from her friend.

This article has an interesting bit: "(Judge Marcelo) Kopcow also issued two protection orders: One preventing Watts from harassing or communicating with any witnesses in the case and another only allowing him to communicate with his attorney, law enforcement and other support staff." Unusual, as far as I know.

A few oddities about the search began to leak out that day. Shanann’s friends said her phone, keys and wallet had all been found in the house, ABC11 reported. Her car was still in the garage, per NBC News. No one who knew her said she was the type to just pick up and leave.

Seems like the only missing bit is if there was life insurance.  And confirmation of all these "possibles," of course.